Come in and take a look at what I'm cooking in my French home kitchen (which is full of love for my family and full of love for wonderful food) in my beautiful new home in Brittany, France! 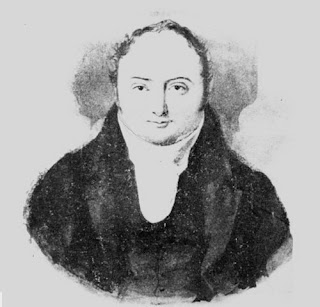 The person doing the family tree received this

Thank you for your letter of 10 March relating to your ancestors, the De Saulles family. Our records mention only two members of the family,Samuel De Saulles, who was a Page, and George Frederick, who worked in the Royal kitchen. The names and job descriptions do not quite agree with the details that you gave but I list you the details below in the hope that they will be of interest to you.

We also have some information in the Royal Archives concerning his son, George Frederick De Saulles, who entered royal service as a Kitchen Apprentice in 1838 and seems to have served the normal five years’ apprenticeship, leaving in 1842. He returned c.1845 as Larderer and Storer. (It seems to have been quite usual for successful Kitchen Apprentices to have to seek work elsewhere for a short period whilst awaiting a permanent post in the Household, during which time, of course, they could gain valuable outside experience). By 1853, George Frederick was First Larderer and Storer, and that year he was promoted to Second Yeoman of the Kitchen. He remained as a Yeoman until 11 May1869, when he was promoted to Fourth Master Cook. On 26 June 1874 he received the Victoria Faithful Service Medal for 36 years service. On 4 May 1876 he was promoted to Third Master Cook, and on 3 August 1880 to Second Master Cook. He retired on 6 July 1881, and died on 7 November that year. His widow, another Anne, was granted a pension later that month, which she continued to receive until her own death in August 1899. Her death was reported by her son, W. De Saulles, who was then living at 11 Prospect Place, Surbiton.

I hope you will find this information helpful in your genealogical research. We do make a charge of £11.75 (including VAT) for the work involved in providing these details, and I should be grateful if you would send a cheque for this amount, made payable to the Royal Collection Trust.

I hope that you will find the above information of assistance in your research. 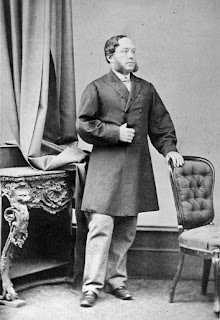 And the Dark side of the family John “Jack” de Saulles

All the following concerning John de Saulles is taken from Wikipedia, I have left all the links intact; 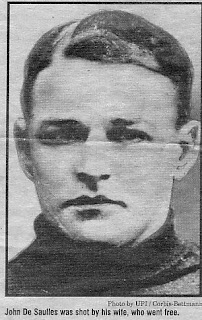 John “Jack” de Saulles was born in South Bethlehem, Pennsylvania, the son of Arthur Brice de Saulles and Catherine Heckscher. He became a star quarterback and captain of the Yale University‘s varsity team of 1901, being chosen as the quarterback on the all-American team. In 1902 he was named Head Coach of the Virginia Cavaliers football team,[1] where he compiled a 8-1-1 record. In 1911, he travelled to Chile as representative of the South American Concessions Syndicate, a concern made up largely of Americans living in London, which was active in promoting the Trans Andean Railroad, connecting the railway systems of Chile and Argentina. While there, the 32-years old De Saulles met 17-years old Chilean heiress Blanca Errázuriz. They were soon engaged and on December 14, 1911 he married her at the English Church,[2] in Paris, France.[3]

The married couple settled in New York City, where he became a partner of real estate firm of Heckscher & de Saulles. He participated very actively in the 1912 presidential election, where De Saulles organised 72,000 college men for Wilson. In the campaign De Saulles and President Wilson became close friends, and he was rewarded with an appointment as US Envoy Extraordinary and Minister Plenipotentiary to Paraguay,[4] but after the Senate had confirmed the appointment and even though he took the oath of office, he resigned before traveling to take up the post, preferring to concentrate on his real estate business and explaining that his business interests here made it impossible for him to accept.[5]

In 1915, Blanca Errázuriz befriended Rudolph Valentino in New York City, where he was working as an exhibition dancer and had gained attention for his rendition of the Argentine tango, which was the craze at the time. Valentino enjoyed befriending many people of high society, and Blanca Errázuriz was unhappily married to De Saulles by whom she already had a son. Whether the two, Valentino and Errázuriz, actually had a romantic relationship is unknown, but Valentino was quite smitten with her so when Blanca was seeking a divorce from her husband, Valentino agreed to provide proof in court that Joan Sawyer, his dancing partner, was having an adulterous relationship with De Saulles; and took the stand to support Blanca’s claim of John’s well known infidelities.[6]

Mr. de Saulle was not pleased with this and once the divorce was granted on December 1916,[7] he used his political connections to have Valentino arrested along with a Mrs. Thyme, who was a known “madam”, on vice charges (the exact charges are unknown). The evidence was flimsy at best (Valentino having been near the wrong place at the wrong time) and after a few days in jail, Valentino’s bail was lowered from $10,000 to $1,500.[8] The scandal was well publicized along with the trial and Valentino felt degraded. No one would hire him and his old friends would no longer talk to him. Blanca seemed to not even thank him for his testimony.

Shortly after the divorce, on August 3, 1917, Blanca had herself driven from her home in Roslyn, New York to the The Box, in Meadowbrook Colony, near Westbury, New York; home of her ex-husband. She had legal claims over the custody of their son, since her and her husband had been given shared-custody over him, but de Saulles refused to acknowledge the court’s decision. She arrived at The Box shortly after 8 PM, and found de Saulles sitting in the porch of the house. They started to argue, and she pointed a gun at his head demanding of him to immediately hand over the child to her. When he tried to disarm her, she shot him five times.[9] He was rushed to the Nassau County Hospital, but died there at 10:20 PM of his injuries.[10] In the meantime, she awaited at the house for the arrival of the police, to whom she surrendered. She was charged with murder in the first degree and imprisoned in the Nassau County Jail at Mineola, New York, leading to a sensational trial.[11]

The widely-reported case went on for months, relegating the First World War that was raging in Europe to the inside pages of the newspapers. Blanca was defended by Henry Uterhart, a noted criminalist of the time, and the principal witness for the defense was Suzanne Monteau, Blanca’s French maid, who had accompanied her that night and completely supported her version of the facts.[12] Blanca Errázuriz became the darling of the press, and the champion of the suffragettes who portrayed her as the victim of the chauvinism prevalent in the society of the time,[13] while Valentino’s name was again dragged through the mud though he had nothing to do with Blanca by this point.

Blanca Errázuriz was unanimously acquitted of the murder charges on December 1, 1917 in what was called a “popular” verdict.[14] Valentino changed his name from Rodolfo Guglielmi to various variations of Rudolph Valentino, partly to avoid association with the scandal[citation needed] and partly because Americans had trouble pronouncing Guglielmi. After the trial, he moved to Hollywood,[8] where he started his successful movie career. Years later he tried to contact her again, but she would neither respond his calls or agree to see him. Blanca Errázuriz lived until 1940, when she committed suicide.

Take a look at these posts...

Come in and take a look at what I'm cooking in my French home kitchen (which is full of love for my family and full of love for wonderful food) in my beautiful new home in Brittany, France!

Read my story on ExpatFocus.com